“One child, one teacher, one book, one pen can change the world.”

I wanna be like this girl when I grow up. 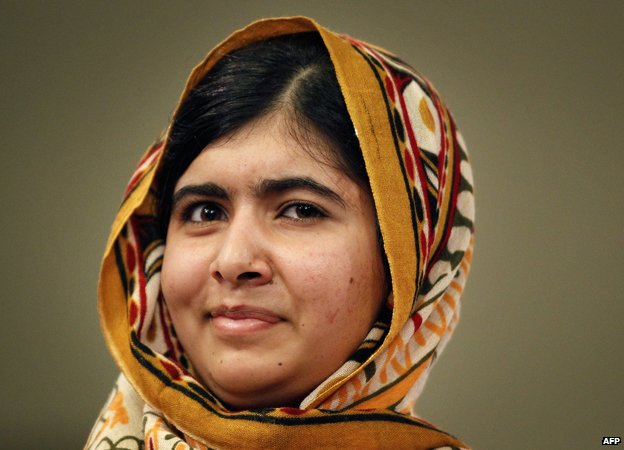 Full video can be found here.
And for further reading, a great article from The Guardian with this gem:

“The information about her father’s semi-brainwashing forms an interesting backdrop to Malala’s comments when I ask if she ever wonders about the man who tried to kill her on her way back from school that day in October last year, and why his hands were shaking as he held the gun – a detail she has picked up from the girls in the school bus with her at the time; she herself has no memory of the shooting. There is no trace of rancour in her voice when she says: ‘He was young, in his 20s … he was quite young, we may call him a boy. And it’s hard to have a gun and kill people. Maybe that’s why his hand was shaking. Maybe he didn’t know if he could do it. But people are brainwashed. That’s why they do things like suicide attacks and killing people. I can’t imagine it – that boy who shot me, I can’t imagine hurting him even with a needle. I believe in peace. I believe in mercy.'”