“Eye of a Hurricane” by Kyle Craft from Dolls of Highland:

“Eye of a Hurricane” offers much to consider – notably the distinct vocals and superb story-crafting abilities of the artist. Noting Kyle Craft’s heart-rending inspiration, Stuart Berman said, “Dolls of Highland is reportedly a break-up album, cobbled from the ashes of a flamed-out eight-year relationship and recorded in a makeshift home studio set up in a friend’s laundry room” (Pitchfork). Craft left the south with the end of the relationship to follow his musical dreams in Oregon. BandCamp quoted Craft on his solo debut album, Kyle said, “This album is the dark corner of a bar… It’s that feeling at the end of the night when you’re confronted with ‘now what?’” (BandCamp). “Highland” is a neighborhood in Shreveport, Louisiana. Berman said, “[Craft’s] songs illustrate how the intense religiosity and voodoo-infused mythology of the South make it fertile turf for the sort of colorful characterization and freak-scenery on which glam rock was founded” (Pitchfork). Click HERE to read Berman’s full piece. “Eye of a Hurricane” aesthetically combines old-timey jazz with forward moving glam-rock – invoking near rock-opera levels of story and emphasis on the changing aspects available for one’s life. When life is like a hurricane, time to escape the situation: “She goes wild.” Berman said, “…Craft spends the album imagining himself as Ziggy Sawdust, a flamboyant fop working the barrelhouse piano in the front room of the seediest bayou bordello” (Pitchfork). Further than that…Craft creates a dark carnival world of wonder in which the artist leads the listener through unexplored corridors of tension, memory, and adaptability.

Dolls of Highland is set to release on 29 April 2016. The album is available for pre-order on BandCamp. Click HERE to purchase. “Eye of a Hurricane,” “Lady of the Ark,” and “Pentecost” are currently available for digital download. Digital Download is $10.00. Black Vinyl 2xLP is $17.00. Limited edition “Loser Edition 2xLP” is already sold out! 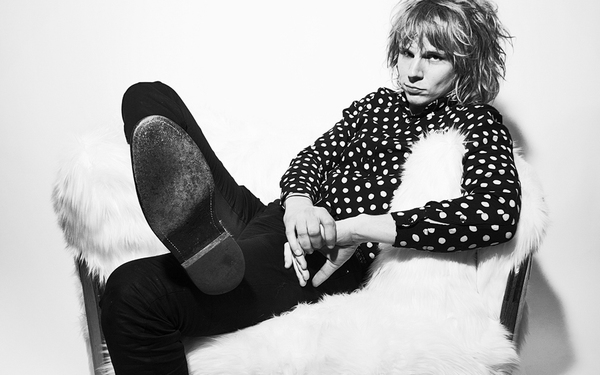 More From: Our Picks