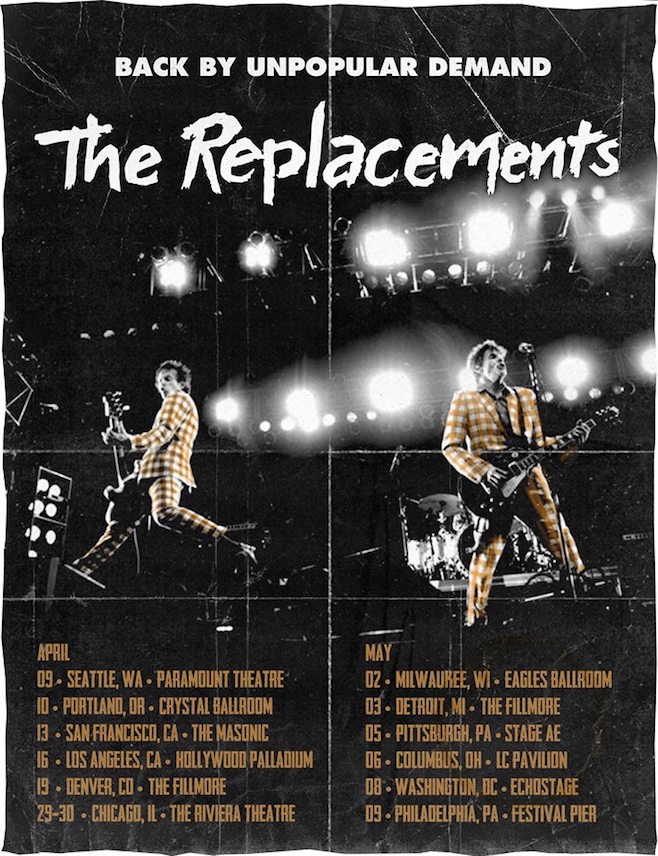 The Replacements walked away from each other in Chicago’s Grant Park on July 4, 1991, seemingly never to return to the stage together again. That all changed in late 2013 when singer, guitarist and principal songwriter Paul Westerberg and bassist Tommy Stinson enthusiastically reunited for nearly 100,000 fans over three Riot Fests in Toronto, Chicago and Denver.  Now they are about to hit the road this year for the “Back By Unpopular Demand Tour”.  The band will play a string of U.S. dates with a few international dates in late May and early June.  With the upcoming tour maybe we’ll see that rumored new album later this year.  Check it out below:

Back By Unpopular Demand TourThe Replacements