Next Thing by Frankie Cosmos

In “Sinister,” the smallness of humanity is noted. Kline says, “We really were a pile of rocks, on some planet so far off…” The chorus declares that sinister feelings pop up, that Kline cannot always be like “Arthur” who, apparently, never has sinister thoughts.

Off key and occasionally monotone, Kline’s vocals in “On the Lips” tangle over relationship turmoil and universal hope for love. She said, “Sometimes I cry cause I know…” to think, it all could have rolled differently with a kiss on the lips.

Kevin Lozano said, “I became thoroughly convinced that Greta Kline is quietly writing herself into a vaunted place, one where she will eventually deserve mention alongside poets…anyone who can puncture your heart in the span of a sentence” (Pitchfork). Lozano praises Kline’s poetic abilities, he said, “Her greatest talent remains her ability to transform minute-long songs into experiences that resemble hours of intimate and impressionistic conversation” (Pitchfork). Click HERE to read Lozano’s full article. When paired with guitar and synth mastery, Kline’s project – Frankie Cosmos – masterfully blends lyrical verse with indie-rock charm.

Frankie Cosmos has an extensive tour scheduled for 2016. Click HERE for the full schedule and to purchase tickets from SongKick.

Next Thing released today, 1 April 2016, and is available on iTunes and BandCamp. The album has fourteen tailored tracks and one interlude. 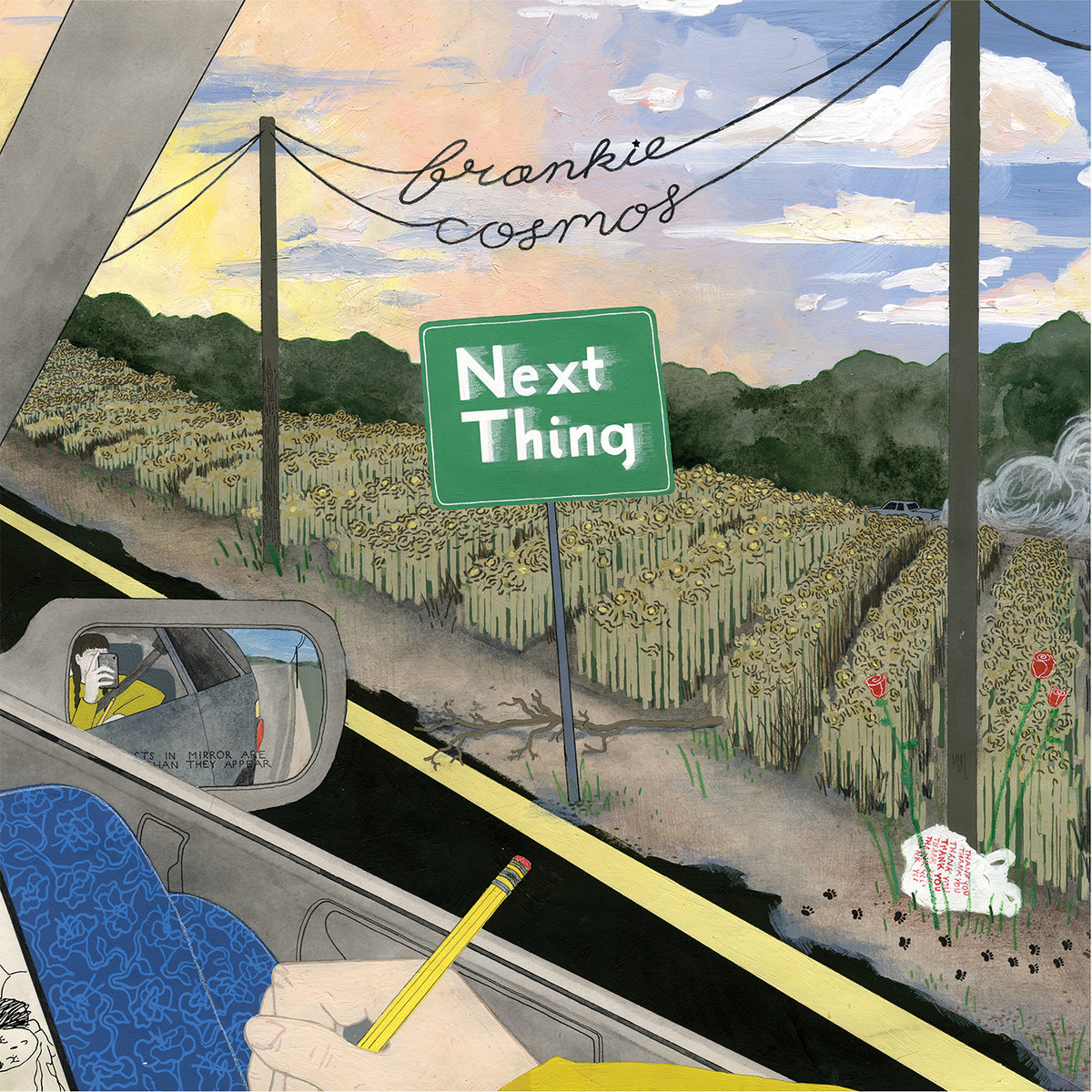