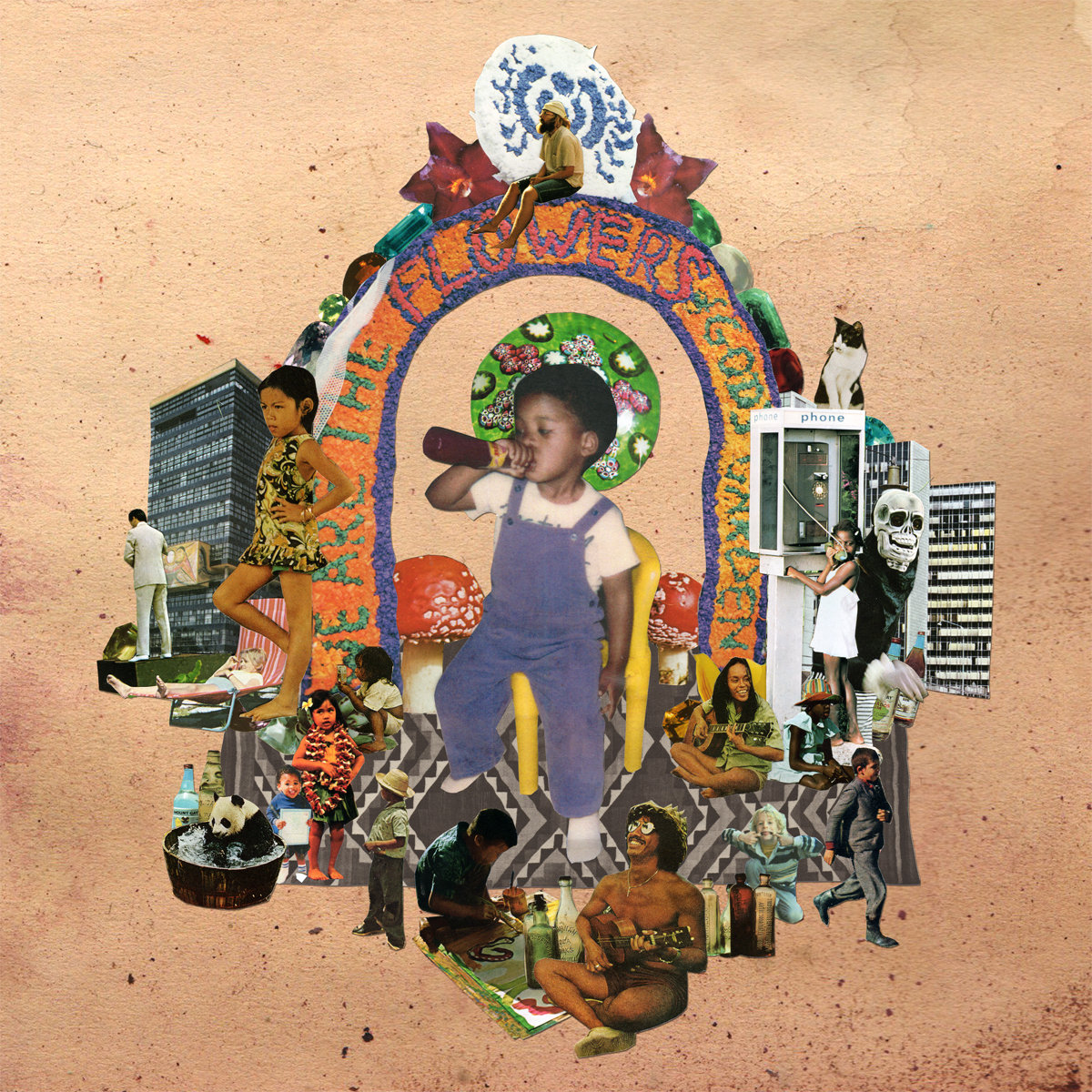 Monster Rally, aka Ted Feighan, already has an extensive back catalog full of lush exotic music that spans four LPs and a handful of EPs.  He’s known for making instrumental atmospheric sun drenched tropical tunes that have always had a particular hip-hop element to it.  There’s yet to be an emcee to rap over Feighan’s production, sure we’ve been teased with a fantastic MF Doom remix, but we’ve all thought about potential collaborators to take the reigns over his vintage psychedelic infused beats.   Even Feighan mentioned it as far back as 2011 saying “The only thing I ever think about on top of my songs is rap. Even with a song like ‘Color Sky’ that no one thinks of as rap but me.”  Jay Stone fills that void, a perfect compliment to Monster Rally’s laid back lounge funk.  Hunter Mack, owner and founder of Gold Robot Records, tracked Stone down after listening to his 2012 Melodious Miscreant EP and introduced him to Feighan and the two went straight to work.

Few other artists are capable of releasing such consistent quality (and at a very generous pay-what-you-want via bandcamp) and delivering a unique aesthetic all curated by Feighan.  He conceives the collage Person Pitch inspired album artwork himself and even put out his own zine showcasing his exotic craft.  But it was Stone who came up with the fitting title for the LP that meshes well with Monster Rally’s already established aesthetic.  “It was inspired by the overall feeling I got from the album in its entirety …the production and the lyrical content. The production sounds foreign in different ways, and the lyrics are riddled with pedestrian situations,” he explains.

Album opener “Lake Meritt” sounds like classic Monster Rally production with sweeping strings and woodwinds ready to transport you to another world.  Feighan’s music has always been about taking the listener to a far away place.  It’s a vacation through the form of sweltering sun tinged beats backed by Stone’s impressive lyrical imagery.  The two have a chemistry akin to MF Doom and Madlib’s ill hip-hop masterpiece Madvillainy.  It becomes very apparent on the second track “Permeate/No Cilantro” in which Stone owns his verse on the No Cilantro portion with rhymes like “Lucid dreams in constant motion/Can you feel my heart exploding.”  Jay adds a new and very much appreciated take on Monster Rally’s music.

“Cognac”, the lead single off the album, is the most jazz lounge song on the LP.  Jay Stone introduces to the world he and Monster Rally are here to stay “Monster Rally on the beats/And yes me I’m Jay Stone.”  It’s the kind of beat that Feighan produced with Stone in mind.  On other tracks like “Recollection” Stone’s flow is more rapid fire over a smooth soul tropical beat.  The album closes with a passable skit over an acoustic oriental guitar loop, but quickly expands with soaring strings and a melancholy flow from Brandon Rayson rapping about social stigmas black men face when wanting to date a woman of lighter skin and how love is colorblind.  It’s a reminder that not everything is perfect in paradise.

There’s really nothing else out there that sounds like Foreign Pedestrians.  A summery hip-hop record that feels like it was recorded somewhere outside the States.  With seven tracks the biggest complaint is that the journey is over all too soon.  Flip the record over though and you have an all instrumental side showcasing Monster Rally’s production.  It brings to mind a more traditional Feighan album and one can pick apart his lush samples.  There’s something very satisfying about listening to Monster Rally’s music multiple times.  While it may not be the duo’s breakthrough success it is an extremely promising start and will hook listeners in (new and old) to look forward to future projects.